Trends That Will Transform the Animation Industry

Animation industry is one of the fastest growing industries in the world. Growth of the industry is astonishing not only across the world but also in India. One of the primary reasons behind the expansion of the industry is that audience is being matured and they no longer perceive animation only as children’s medium.

Western movies and Japanese movies showed us the potential and scope of animation movies. First and foremost we have to contemplate on the term animation, animation is a wide umbrella which comprise multiple things under itself. Animation not just include 2D animation but it also include 3D animation, Stop motion, motion capture, character animation, multi sketching  to name a few.

Stop motion animation is been around for many years it is also known as clay animation if the material being used is clay. Animators are doing multiple experiments with the resources by going beyond clay models and utilizing paper cuttings, action figures, puppet animation, object animation, pixel animation to name a few.

CGI or computer generated imagery are created by utilizing computer imagery. CGI can be used for creating 2D animation as well as 3D animation. Until now, we always considered that CGI is employed to create more lifelike figures and animation but in recent times this trend is changing animators are using CGI to deliberately create object like structure.

This nostalgia-coated throwback took everyone by surprise the most popular video game based animation. Due to low-resolution display, video game characters used to look like pixilated now people like the one this phenomenon again from t-shirts to mobile apps pixel art is getting popular among everyone.

Artists no longer in mood for recreating imagery based on the real life hence instead of working on lifelike illustrations of animals, humans, objects or scenery artists are going for vague and caricaturist approach with bright colors and limited resemblance to the real life objects. This new style is known as impressionist animation.

A World beyond Entertainment

In the previous years, there was a common misconception that the only use of animation is to create cartoons and drawings. With the introduction of new technology and computer graphics, industry got matured. Due to the photo realism in animation, web videos and higher content quality, perception about the animation changed over the years. Businesses from diverse fields are utilizing animation. Business houses are applying animation as a mode of communication. Animation nowadays is being acknowledged apart from just movies, cartoon animation and video games.

Animation can be proved very resourceful for making videos about industry working; industry procedure etc. It can be employed for making business explanatory videos. It can be utilized in the imperative board meetings or while presenting in front of a client. Use of animation leaves a greater impact and creates a concrete impression. It’s a huge advantage to document all the process, working or presentations in animated video format.
It’s a proved fact that audio visual representation leaves a greater impact than text and verbal message. It stimulates our visionary and auditory senses which enhance the impact. Animation videos are very effective in maintaining user attention. It keeps you engaged with the whole business aspect of the working without getting monotonous. Animation videos use step by step approach to communicate and inform. Due to its novelty element, users will easily comprehend the message you are trying to get across. Your company can get greater leads from the search engines like Google, yahoo, Bing etc. Besides it will also prove effective to increase your market reach. 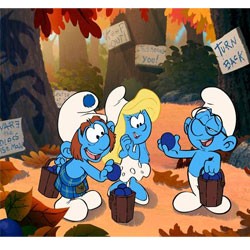 • Advertising: Advertising is a leading field which is incorporating use of animation vigorously. Ad creators are using means of animation for creates video Ads, promotional videos, short films, TV advertising etc.
• Medical: Medial institutes use animations to educate and explain the various medical procedures by creating short 3d animation videos.
• Architecture: Architecture is widely known for using animation software’s for creating and recreating plans by using computer graphics.
• Mechanics: Creating mechanical videos to explain procedures and working of mechanical companies. It can save millions of rupees and help to educate wide number of people to teach functioning of machines.
• Education: Animation can be used to create slides or short videos to cover individual chapters. Some subjects are complicated for students to understand. Animation videos will simplify the information and improve understanding among students.

Like above there are other spheres of the wide industry such as forensics, news, financial sectors which utilizes animation representation.
In India larger part of demographic is still puzzled and unable to fathom what is animation? Many people consider animation as cartoons and overlook the huge potential of the medium. There are multiple types of animation which are being used in the market. 2d animation, 3d animation, stop-motion animation, setc.
We offer complete solutions of 3d max and 3ds max which are the market leading 3d animation software.